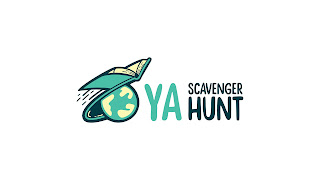 Welcome to YA Scavenger Hunt! On this hunt, you not only get access to exclusive content from each author featured, you also get a clue for the hunt. Add up the clues, and you can enter for our prize–one lucky winner will receive one book from each author on the hunt in my team! But play fast: this contest (and all the exclusive bonus material) will only be online for 120 hours!

Go to the YA Scavenger Hunt page to find out all about the hunt. There are SIX contests going on simultaneously, and you can enter one or all! I am a part of the GOLD TEAM–but there is also a red team, a blue team, a green team, a purple team, and a pink team for a chance to win a whole different set of books!

If you’d like to find out more about the hunt, see links to all the authors participating, and see the full list of prizes up for grabs, go to the YA Scavenger Hunt page. 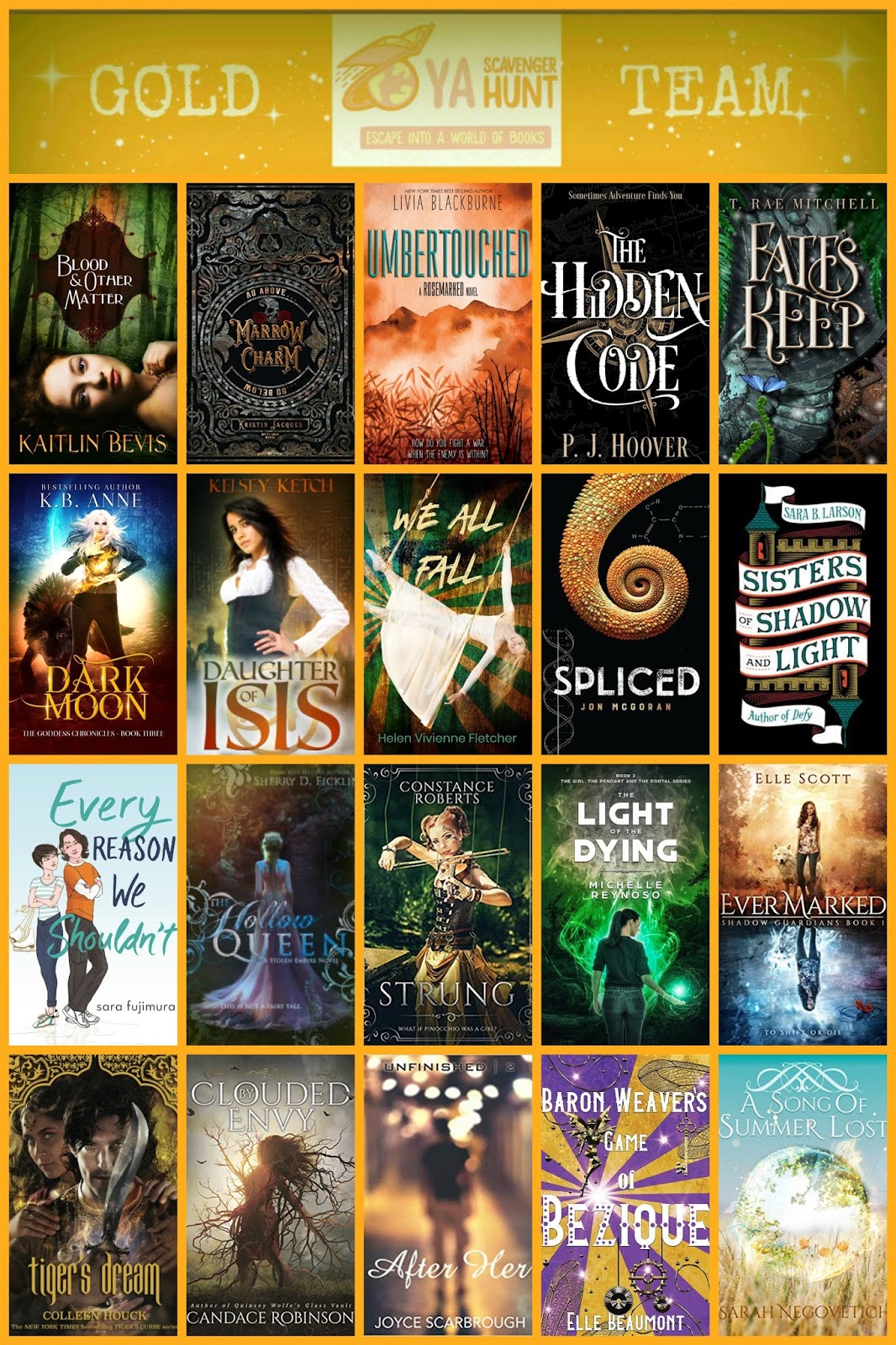 Today, I am hosting LIVIA BLACKBURNE on my website for the YA Scavenger Hunt!

New York Times bestselling author Livia Blackburne wrote her first novel while researching the neuroscience of reading at the Massachusetts Institute of Technology. Since then, she’s switched to full-time writing, which also involves getting into people’s heads but without the help of a 3 Tesla MRI scanner.

She is also the author of MIDNIGHT THIEF (an Indies Introduce New Voices selection), DAUGHTER OF DUSK, ROSEMARKED (an Amazon best book of the month and YALSA Teens Top Ten Nominee), and UMBERTOUCHED.

Find out more information by checking out www.liviablackburne.com or find more about the author’s book here!
EXCLUSIVE CONTENT

I pull the hood of my cloak closer to my face as I thread between market stalls. This village seems a good size – small enough not to get much news from the capital, but big enough so travelers won’t stand out. I hope I’m right, though we’re so short of supplies that we have little choice. It’s either find a market, or raid more houses for whatever I can find.

There’s a lot of talk about the spring plantings and rain today. One man complains about the high price of red dyed linen. The woman behind him asks her friend why there are so many soldiers around.

“There’s always some fugitive or other they’re after.” says her friend. “I haven’t heard beyond that.”

I hope everybody else in the marketplace is as apathetic as her.

Out of the corner of my eye, I see Preener swoop down and steal a sugar cake while a merchant’s back is turned. The crow knows better than to do that, but I can’t exactly scold him for it. That dratted bird knows it too— probably why he risked it in the first place. At least I don’t hear any outraged yells behind me. Seems Preener’s skills are well honed.

I stop at a stall selling cakes of dried meat and rendered fat. The woman eyes my umbermarks, and I find myself repeating, “I’m no one special,” in my mind, as if somehow she would hear me. It doesn’t help that two Amparan soldiers stand several stalls away. One tosses a stone into the air and catches it over and over. The other one’s scanning the faces around him and frowning. I turn my back to them.

When I was fifteen, the Amparans captured me and kept me prisoner in their dungeons. I managed to escape the prison after a year, but that time under their power has left their mark on me. The sight of an Amparan soldier is enough sometimes set my heart racing and make it hard to breathe. I hate it, hate how weak it makes me feel. There’s only been one period of reprieve- these last few months in Sehmar city when Zivah took away my memory so I could join the Amparan army. I’d risen in the ranks and been honored as an exceptional soldier, until they realized who I really was.

Now my memories are back, and with them, that familiar tightening around my ribs when I see the trappings of Ampara. Except now, my stomach twists for two reasons. They’re still the monsters who dragged me into their torture chambers years ago, the enemy that slaughtered my family. But mixed with those images are ones of comrades and brothers in arms — Walgash, Naudar, Masista… Amparan soldiers and good friends. True friends, until I betrayed them. And despite telling myself that war is war, the sour taste of breaking that trust stays with me.

The woman selling cakes eyes me impatiently. “Buying anything?”

I shake off my thoughts. “Ten cakes.”

I fish the coin out of my new purse, which I’d lifted from the luggage of a priestess of Mendegi. Figure that if I had to offend of the gods, the goddess of women would be the safest. I was never one of Mendegi’s worshipers to begin with, and Zivah has her own Dara goddess.

“Any news of the army marching?” I say casually.

The merchant looks up from her cakes. “Herald came through and said the army marched a week ago. Might be good for business if they come by here.”

“Might be,” I say, though I’m frantically calculating as I step away. If they’ve been marching for one week, that means we’re a week ahead of them.We’ve had to double back several times. But on the other hand, the army will be slower to march…

There’s a flurry of wings above my head, and Scrawny lands on my shoulder–Scrawny, the crow who’d been with Zivah. His feathers are puffed, and he chatters sharply. His mood infects the other two crows. Preener circles above, touching down on a nearby rooftop only to take off again. Slicewing lands on the side of the street and hops up and down.

As I turn to leave, the rock tossing soldier looks right at me and drops his rock. Then, he looks right at me. I turn my head and go deeper into in the crowd, only to see another soldier scanning faces. Cursing, I duck between two stalls, and continue on to a narrow, dusty path. Ahead of me, the houses thin out, and I can see the grassland beyond.

“You. Umbermarks, with the brown cloak. Stop.”

I break into a run before remembering that the grassland offers no cover at all. Instead, I turn sharply right between two other houses. Maybe I can circle back and lose the soldiers in the crowd again.

What self-respecting fugitive has ever actually halted?

A loud thud, and an arrow embeds itself in a barrel to my left. Another whistles past my ear and bounces off the ground behind me.

I look up. There is an archer on the rooftop head of me, and another one on the street in front of me.

This time I halt.

And don’t forget to enter the contest for a chance to win a ton of books by me, Livia, and more! To enter, you need to know that my favorite number is 18. Add up all the favorite numbers of the authors on the Gold Team and you’ll have all the secret code to enter for the grand prize!
CONTINUE THE HUNT
To keep going on your quest for the hunt, you need to check out the next author Sara B. Larson!